That human’s name is Ria and she has been stuck in Boiling isles for a year now.
I am desinging her backstory rn 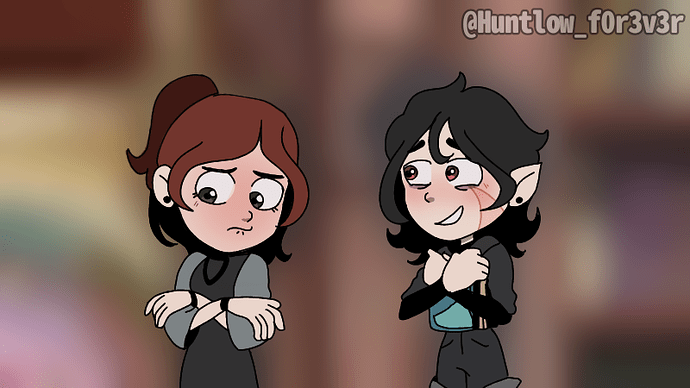 Who is your favourite?

I liked Crookedstar, and Willowbreeze.
I would say my favorite is Thunder, from Dawn of the Clans Series

aww they look adorable together!

Warriors cats is a book series where there are clans of feral cats living in the wild.

I’m going to write it down to read it

can you send me the main fanart of that profile picture. I’ve seen that whole picture but haven’t been able to find it for a bit

oh nvm. I thought it was fanart, from what I saw on pinterest. I never watch the credits.

You read Warrior cats too???

Ofc, tho I have readed only the finnish version.

Ah okay. Who is ur favorite character?

Idk what do you call him in the english version (I use translator now), but Firestar.