put your theories about TOH here! :))
I’m starting to develop my own, ill put it here later.
I’m exited to see yall’s!

just my theory tho

I was gonna assume the collector would possess King because he’s the one who let them out?

I speak Spanish, but I write it in English. After the culmination of Season 2, it is known that Luz came to the human world along with Amity, Hunter, Gus and Willow. I think that as a king he stayed with the collector to “play” Luz tried in some way or another to return as soon as possible despite having promised her mother that she would not leave again. In Season 2 it was discovered that King was a Titan and that his father locked up the collector, it is very likely that King will have to sacrifice himself to lock up the collector again, Luz obviously will do everything to that everyone is well and so that King does not sacrifice himself. At this time there could be a talk with Eda and learn a little more about what Luz’s life was like before she came to the demon realm. It is theorized that Luz suffered from bullying and was mentally forced to believe in the fantasy world to escape this unfortunate reality that she had. I would like to tell a little more than I thought but this is too long xd 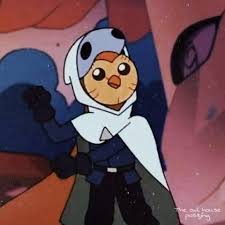 Well, I believe, or most people believe that Huntlow will happen, obvi…
I think that belos isn’t actually dead, and he’s gonna come back and try to take the powers from the covens again, and will try to start something in the human realm.
I also think that there will be one episode in the new season where the titan trappers get out of their island or whatever it was, and they will try to get King, since, well he’s a titan…
There has to be an episode where Luz tells her mom about her and Amity.
Raine and Eda will start dating again.

Those are just some small thoughts that I have for the new season… we’ll see what’ll happen when it comes out!! xd <3

I kind of just think that it will be similar to amphibia, (SPOILER ALERTS FOR THOSE WHO HAVEN’T WATCHED AMPHIBIA!! SORRY) in one season, anne and the plantars get stuck in the human world for a while. They prepare for whatever is coming for them from the amphibian world, and they reunite with their people and save both worlds.

It just seems like something that would happen in toh, since those shows are connected. There are a few easter eggs in some episodes that show items and pictures that were from each others’ series, and that created the theory that they are connected. The boiling isles and amphibia are both strange worlds that were opened by some kind of magic, and I think there was one episode in either one of the shows where they said that there were many other worlds that they could go in to using the items that grant them with the power of traveling through realms…
I don’t know what else to say, but sorry if it’s a lot!

Thanks to them spoilers:

HE CAME SO CLOSE IT WAS SCARY

I feel like if Disney hadn’t cut toh so short that’s exactly what would have happened, but now that we’ve seen thanks to them, it’s obvious that dana doesn’t have much time, so she really just kinda had to cut to the action cause she only has 3 episodes to work with.

@Mapache I honestly have to agree that this is quite possible.

i think that Belos is a puritan (Christians who interpreted the bible in a different way than everyone else then got bullied bc of the way they interpreted it which lead them to find a whole new place to live for religious freedom) from the 1600s during the famous witch trials (if you’re not familiar with the witch trails, a panic swept over the Christians and they put like 200 people to trial and killed most of them bc they thought they were witches and witches/magic was correlated with the devil) which explains why he hates witches so much because they were the most evil thing he could think of and killing them all would make him a hero (they thought witches killed children and sucked their souls to give to the devil so he’d be known all around the country) probably like a year or so of being trapped in the demon realm, his brother Caleb fell in love with a witch and got her prego (she looks prego but im not sure) we know this because we can see Philip getting pissed in a memory at what looked to be his brother and a witch walking together. then the next memory is his murking his brother with a dagger presumably for dating a witch (a crime punishable by death in the puritans eyes) I think that he thought of it as putting him out of his misery cuz thats what he said in kings tide right before petrifying Luz so he thought it was the right thing to do when blinded by rage and religion after killing his brother Caleb, he started making clones of him eventually leading to his latest grim walker, Hunter (the best character ever) and after 422 years he still thought he’d go home and be a hero for eliminating the biggest threat known to him and his family and then he fucking died.

I speak spanish but I going to write in english.
I think that the titan trappers will come back because in the episode for the future, the person who greeting Luz looks like a titan trapper because of the skull and the wings, besides Luz was in that place between realms