Thats all I know. I probably got some wrong or a lot of people know these

I like the one with Dana’s cat! That’s really cute! Also the one with the Collector’s book actually made me come up with a small theory. What if the Collector changed that part of the book because he doesn’t actually want to follow that route of his ancestors?

I think that when the Collector was still umm… young let’s say he lived the war between titans and Collectors and saw the consecuences, so he doesn’t like this types of things.

That’s an interesting theory! And also the Collector only wants to play, and have fun. Maybe the route of his ancestors is a bit too scary or there’s something he doesn’t like so he decides to use his powers to play

Yeah! And I guess since he was sent down a path where he is technically destined to hurt people, he doesn’t know who to use his powers to help people

That is a very good theory

Thank you! I just though of it 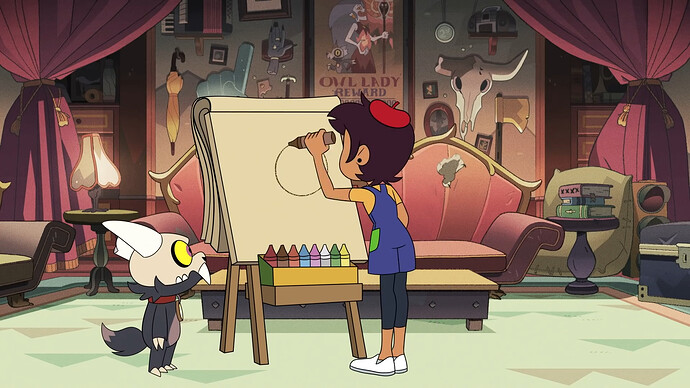 in Owl Pellets too Luz is left handed

Thats interesting, I guess theyre both really made for eachother XD