Vent talk for everyone who needs someone

If you want to vent, you can vent here

Sure! You can do anything you want here if it makes you feel better 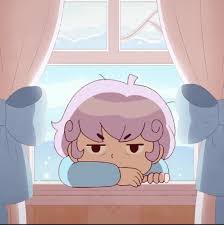 Dont read if you dont feel like it lol

Idk i just feel like i deserve to die because im overall useless and my life is brocken but i dont really want to, i think it may be couse of my meds and because of it im very confused about my feelings and cant really describe if im ok or not. Im just a burden and dissapointment to everyone around me and i wish i cauld just dissapear so everyone can just stop worrying about me

I feel like people make fun of me behind their backs. For me judging them in the past. and now they are probably using some black magic to get revenge on me…

Some people can be really mean. But don’t worry the world would be living hell if the world was full of those people. All people aren’t like that. There are kind people too. I’m sure there are those kind of people.

I’m pretty sure you are important to someone. And I’m sure somebody cares about you too

How about taking some rest :>

If it’s better, thanks for the advice xd

I made them mad because I call her a horse… And she thought I was being racist even tho I only called her horse because she was drawling her oc as a horse. And she said that the oc is her… (at the time I was tired and I didn’t know what I was saying.) But before that they we’re the ones making fun of me when I was in PE I feel down because they pushed me and scraped my knee really bad. And they kept laughing. And this was in 6th grade. They are still holding grudges to me to this day… over made up petty stuff…

Even though you made her mad, It’s things she should go over with. And what is it with the others…? Wow that girl can’t even stand up for herself so she need more people to defend her

. I’m sure she’ll forget it somehow. And I hope you overcome those things too

Why is this in Spanish

My mom calls her Azzley… because she is a pain in the azz to deal with… and because my friend said she smelled like azz but in reality she doesn’t it’s just a joke she made up. And the other Joann but I call her Jahorse cuz she kicked me like a horse… And that made me cry… And they have a friend I named Bucky’s… cuz she used to be rude to me… and she looks like the mascot of a store.

Of course I don’t say this to their face tho

Well, I’m happy you have people to talk about this. I hope this situation (Which is a pain in the butt) gets fixed!